The Holistic Universe of W.D. Gann – Part I

“The quickest way for you to learn how to determine future market movements is to study the past.” – W.D. Gann 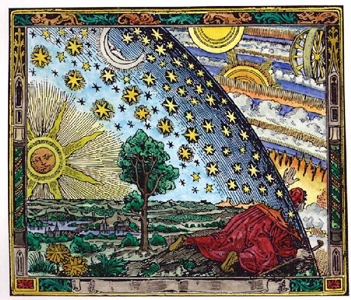 The deeper one delves into WD Gann’s work, the more one will be confronted by a strange and unfamiliar paradigm. It’s become clearer to me (over the decades) that WD Gann’s work should be referenced to an entirely different, HOLISTIC and Ancient World View rather than to the very narrow one we possess today.

This ancient perspective on Nature and Man’s place within it predates the earliest histories. It also, clearly, is far removed from today’s ‘Scientific/Logical’ approach to defining our World.

It seems completely foreign to us today because this ancient framework of Thought and Perception has been effectively pushed out of Society’s Collective Consciousness by the Scientific or Copernican Revolution.

Knowledge of this particular World View of Mr. Gann’s gives us an important tool and perspective for better understanding WD Gann’s COMPLETE works (they should be considered as a WHOLE and connected) as opposed to focusing on only the fragmentary pieces of Course materials he left behind as complete in and of themselves. To Understand Gann’s Quest, we need to ‘connect the dots’ to see the larger picture of Reality that he discovered and, upon which his work was based.